Even when I was very young I lived in a world of my own...

Vali Myers was born on August 2, 1930, in a little house in Tincombe Street, Canterbury, Sydney. Her father was in the merchant navy and her mother a violinist from New Zealand. Her family moved to the tiny seaside town of Belmont in New South Wales when she was five. Vali remembers a small bush town inhabited mainly by Welsh miners:

The beaches were populated with wild, white brumbies from the local mines, their eyes blind to daylight and I used to spend all my time playing in the bush. I was afraid of nothing. Our house was built on little stilts over a lagoon and if you looked out the window you could see mullet swimming past.

From early on, Vali was different to other children. Unable to relate to people, she spent her days alone in the bush and when she was made to attend school, she would sit for hours at the back of the room drawing from her imagination.

Vali's father was stationed in Melbourne in 1941, and the family moved to Box Hill. Vali withdrew even further into her two passions - drawing and dancing.  At fourteen, fed up with school and home, Vali left both behind. She rented her own boarding room in St. Kilda, and worked in factories and as an artist's model to pay for her dancing.

Even as a little girl, I enjoyed wearing makeup. My father used to say to my mother, 'Vera, how can you let her go out like that?' But Mum used to tell him it was my war-paint. Believe me, in Melbourne in the 1940s, I needed it.

Post-war Melbourne was extremely conservative and women were expected to settle down and start a family as a matter of course. Vali felt smothered in such a repressive atmosphere and at nineteen years of age and with little more than her fare, Vali boarded a ship for Europe. After a grueling 4-week voyage by way of Bombay, Vali ended her journey in the French port of Marseilles. 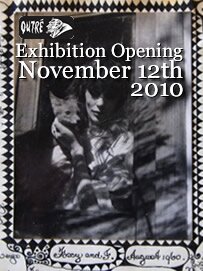